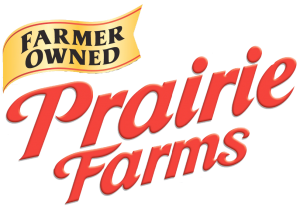 This profile was originally published by The Star-Herald in its Spring 2015 special section.

More than 1.5 million gallons of milk are produced each month from the Prairie Farms dairy plant in Kosciusko.

Rodney Smith, plant manager for the Kosciusko location of Prairie Farms, said the business has grown in recent years to that number. Along with milk products, the local plant also produces flavored drinks, juices and ice cream powder. Smith said several other items are distributed from the local plant onto trucks that run routes throughout Mississippi.

“Prairie Farms is one of the largest dairy distributors in the nation,” Smith said. “Our plant definitely does our part to help those numbers. We have great workers that do a great job and put out a lot of product daily.” 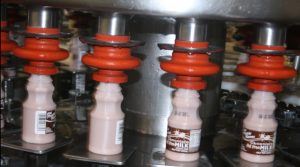 Milk for the plant comes from several states including Mississippi, Texas, Missouri, Illinois, Arkansas and Georgia. The plant has 65 milk routes and 12 ice cream routes. Milk from the plant goes throughout the state to grocery stores, convenience stores and schools, including stores and schools in Kosciusko.

Smith said the Kosciusko plant features the fastest half-pint machine in the country. The machine runs at a speed of 400 half-pint bottles per minute. 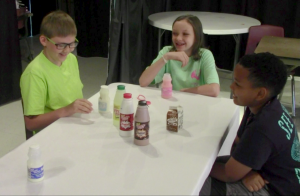 “There are only four of five of those in the country, and we expect to be adding another in the future,” Smith said. “The half-pint business is really good right now. These are the milk bottles that go to most schools.”

Smith said the Kosciusko plant is known for its quality. “We run tests on our products and send samples constantly, and our plant is always ranked high,” he said. “Our last ranking had us at No. 4 out of 36 plants. That is something we are all proud of.”

Smith started at the Kosciusko plant in 1998 and was promoted to plant manager in August 2005. He said he enjoys the job.

“This is a great work environment,” he said. “We have great employees and we do our best to show them that we appreciate all they do. We do similar things every day, but every day is different. That also makes this enjoyable. It is a job that you have to love to do, and I absolutely love it.”