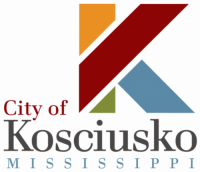 First there was the Natchez Trace, a winding trail from Nashville to Natchez and back, a path travelers followed since the late 1700’s.  They would stop at a watering hole near what is now Court Square, and maybe at a rooming house-tavern nearby, calling the place variously Redbud Springs, Paris and a dozen other names. The site became permanent with the cession of lands of northeast and Central Mississippi to the whites at the treaty of Dancing Rabbit Creek in the late 1830’s.  With the grant, the county was formed from over 500 square miles of what had been Choctaw lands and with it need for names…both of the county and its seat. William Dodd served the area in his first appearance at the state assembly in Jackson and to him fell the opportunity of finding names. He chose for the county the name of Attala, a fictional Indian princess from the Natchez Tribe and heroine of a popular novel of the time. Relatives say he also recalled the fondness an ancestor had held for the Polish engineer on George Washington’s staff during the Revolutionary War, Tadeusz Kosciuszko.  From that beginning have come…a trade center for Central Mississippi thriving with business and industry, a busy privately financed visitor center at the city’s gate on the Natchez Trace and generally home to 10,000 good folks. The birthplace of Oprah Winfrey, James Meredith and other well-known’s, a place which has avoided strife even since the Civil War. We heard the cannons at a distance during that conflict and once or twice soldiers rode through town. But never a shot was fired. We are the land of the purest drinking water in Mississippi and a hundred other firsts…at mile marker 160 on the Trace, just 70 miles from Jackson.